Therefore, the lowest salary a 25 year old employee can earn for a 37.5 hour week would be: 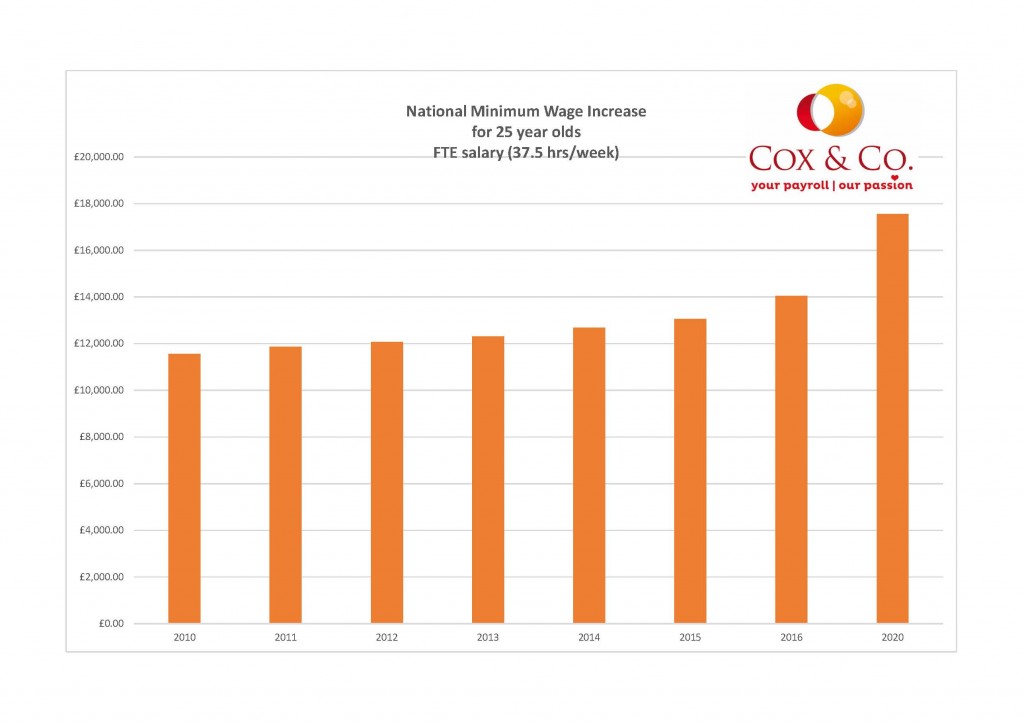 Apprenticeships and agricultural workers may have different rates.

The NMW for 25 year olds will be introduced in stages

The first increase will be introduced in April 2016, when entitled workers will see their minimum wage per hour rise to £7.20 and this will steadily increase until 2020 when companies will be required to pay a minimum of £9.00 an hour for any employee who is 25 years old or over.  That compares favourably to the current £6.70 an hour (Oct 2015) minimum wage which applies to anyone over the age of 21.

Non-payment of the NMW

It is against the law for employers to pay workers less than the National Minimum Wage or to falsify payment records.

A worker can make a complaint to HMRC who will investigate the complaint. If HMRC find that an employer hasn’t paid at least the National Minimum Wage, they can send a notice of arrears plus a penalty for not paying the correct rate of pay to the worker.

Small firms will get extra help

Businesses small and large will be helped to make the changes to wages.  These are likely to be:

It is important to check which staff will be affected by the new NMW levels and ensure you are paying the correct amount.

You may also find the following articles useful:

Why is the National Minimum Wage not a living wage? (Feb 2013)

For further help and advice regarding your employees’ rates of pay, contact us on 0117 9323444

Others have been reading…

Your next read could be…